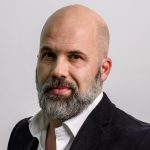 Igor was born in Belgrade, Serbia, where he obtained a BSc in Industrial Engineering from University of Belgrade. Upon arrival to London, Igor obtained an MSc in Real Estate Investment from Cass Business School. He worked as an Associate in the Property team of the European Bank for Reconstruction and Development (EBRD) in London on numerous real estate projects in the SEE region. In 2007 Igor returned to Serbia and, as a Director of financial analysis, took a leading role in the development of the regional real estate portfolio with Delta Real Estate, part of Delta Holding Group.

Since 2015, Igor has worked with his partners on an establishment of a regional portfolio investing solely in mini hydropower plants. Igor joined the Serbian City Club in 2006 and is now a representative of the SCC rep office in Belgrade. 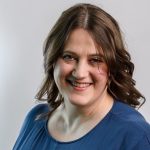 Natasha was born and raised in Belgrade. She arrived in the UK in 1992 and graduated at the University of London in Modern History and Political Studies. She worked for the Atlantic Council of the United Kingdom from 1998 to 2004 as an Executive Assistant and a consultant for Balkan affairs. She also worked as a lecturer on NATO and the Balkans at the London Metropolitan University (former London Guildhall University). Since 2004, she has been working at the Department of Health and Social Care, covering Integration, EU and International Cross-border healthcare, Maternal Health and Parliamentary work. 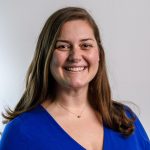 Jelena was born and raised in Belgrade. After moving to the United States in 1994 to finish high school, she continued her education at Georgetown University in Washington, DC. She graduated Cum Laude as a Bachelor of Science in Business Administration from the McDonough School of Business in 2001. Jelena started her career in Foreign Exchange at Goldman Sachs & Co. in New York. She moved to London in 2004 to pursue an opportunity at Lehman Brothers where she worked until July 2008 as a Director on the Foreign Exchange Options Trading desk. After leaving the banking world, Jelena spent six years working as a Projects Manager for COBCOE (The Council of British Chambers of Commerce in Europe). Jelena has also worked as a consultant for The Registry San Francisco, a Bay Area & Puget Sound commercial real estate magazine.

Jelena is a founding member of the Serbian City Club and has also spent many years on the Boards of Directors of both the Serbian Council of Great Britain and the British-Serbian Chamber of Commerce. In addition to her constant and passionate involvement with the Serbian diaspora organisations in Britain, Jelena spends her time travelling and exploring the far corners of the globe. Jelena is married and has two daughters.

Ivan was born and raised in Belgrade. Ivan arrived in the UK in 2007 having spent ten years in New York City, US. He studied at the Faculty of Mechanical Engineering at the Belgrade University where he obtained a Master’s degree in Aeronautical engineering. Since 1998 Ivan has been working on projects in Engineering, Financial and Business hosting, expertise in Banking and Exchange hosting and networking in all 3 regions EMEA, Americas and Asia. In 2004 he joined CenturyLink, where he worked as a Programme Director working on projects with major financial organisations until 2018.

Ivan is also the Treasurer of the Serbian Society of Great Britain. In his spare time, Ivan is a passionate cook, for what his family and friends can vouch.

Miloš was born and raised in Belgrade. Upon arrival in the UK in 1991, Miloš studied at the University of Surrey where he obtained a BEng and a PhD in Electronic & Electronic Engineering and Satellite Mobile Telecommunications, respectively. In 2000, Miloš joined Citibank in London, where he is currently a Managing Director in the Natural Resources & Energy corporate banking division. In 2006 Miloš obtained an MBA from INSEAD in France. Between 2012-2015 Miloš worked for Citibank in Russia.

Miloš has been actively involved representing the Serbian community in the UK for a number of years. He was a UK delegate in the Diaspora Assembly in its initial convening. Miloš is currently engaged in several global projects: the standardisation of teaching Serbian as a second language to non-native speakers in the Serbian diaspora, the introduction of electronic voting for Serbian voters at home and abroad, and the creation of a Foundation for circular migration. All three projects are the key pillars of the Club’s activities. Miloš finds solace with his family, friends and running marathons. 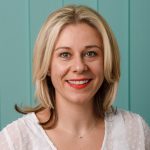 Slavjana was born and raised in Belgrade where she graduated as a Librarian and an Information Professional at the Faculty of Philology, University of Belgrade in 1999. Soon after graduating, Slavjana moved to Australia. She commenced her career in Sydney at the O’Neill & Associates, a boutique executive recruitment firm specialising in banking and finance that was later acquired by the Whitney Group. Subsequently she worked as a Librarian and a Researcher for a number of educational institutions in Sydney, prior to moving to the UK in 2005 where she successfully continued her career in the recruitment industry working as a researcher.

Slavjana joined Serbian City Club in 2005 as a member and a resident career consultant to the member base. When not working or helping people with building their CV’s and profiles, she devotes all her free time to her two daughters.