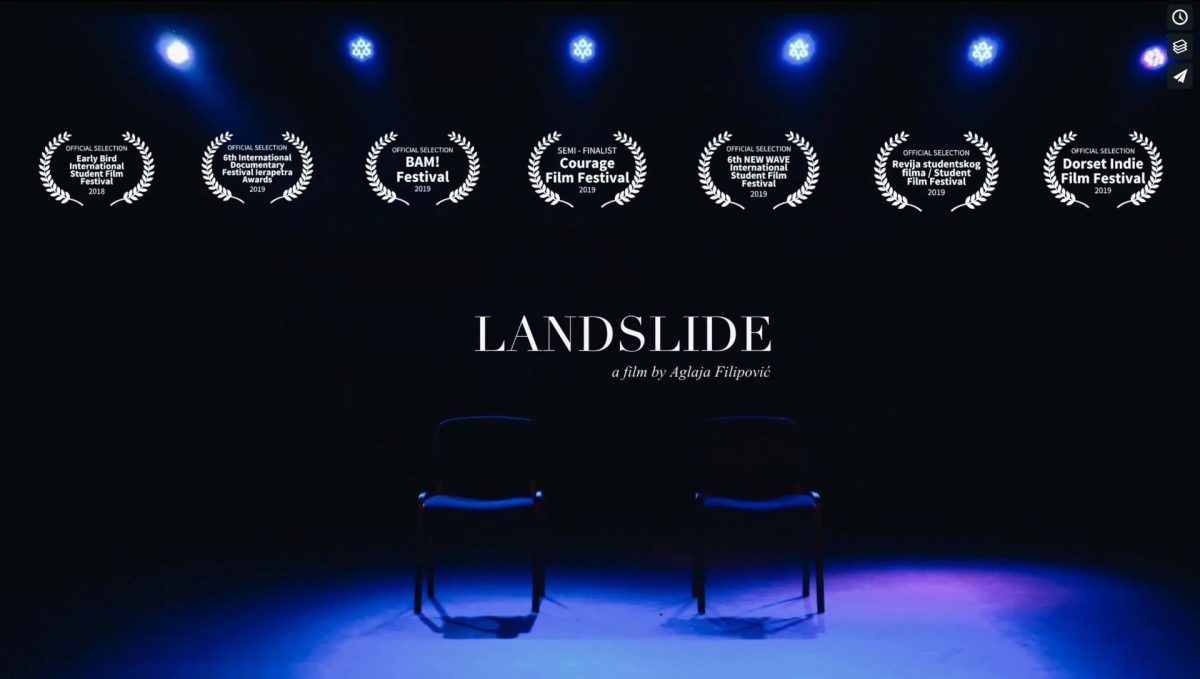 Contemporary Balkan Art and Spotlight Theatre invite you to the screening of The Landslides, a film by Aglaja Filipovic, and conversation with Helena Ivanov and Sanja Vico.

The Landslides depicts the life of an immigrant, seen from the perspective of one person – Helena Ivanov, who moved from Belgrade to England to pursue further education. The documentary discusses how a personality is split in half when one leaves their homeland and moves abroad. In the film, she is seen as speaking from a ‘Serb perspective’ and from an ‘English perspective’ clarifying what she loves and misses in relation to both of her homes.

Helena Ivanov is a PhD candidate in International Relations at the London School of Economic and Political Science. Before moving to London, she completer an MPhil in Political Theory at the University of Oxford and a BA in Politics at the University of Belgrade. Helena has also participated in competitive debating and won numerous prizes, including the European Universities Debating Championship in English as a Second Language.

Sanja Vico holds a PhD in Media and Communications from Goldsmiths, University of London, where she also taught as an associate lecturer, having previously graduated from the London School of Economics and Political Science and the Faculty of Political Sciences, University of Belgrade. She has also worked as a consultant and researcher on various media and politics related projects. Dr Vico is concerned with ordinary or banal expressions of nationalism and cosmopolitanism among Serbian Londoners on social media. Based on her findings, most participants perceive Serbian national identity as stigmatised due to the legacy of the civil war in the 1990s. Most participants hence employ different strategies in coping with the perceived stigma and redefining what it means to be Serbian. These strategies depend on the period of migration and the choice of platform. Banal nationalism and banal cosmopolitanism are often manifestations of these strategies which on publicly oriented platforms such as Facebook, Instagram and Twitter have an aim to correct national identity, whereas on privately oriented platforms such as WhatsApp and Viber often lead to reinforcing national identity.