„A Coffee with…“ Impact Hub from Belgrade and Serbian Entrepreneurs: Event recap & photos 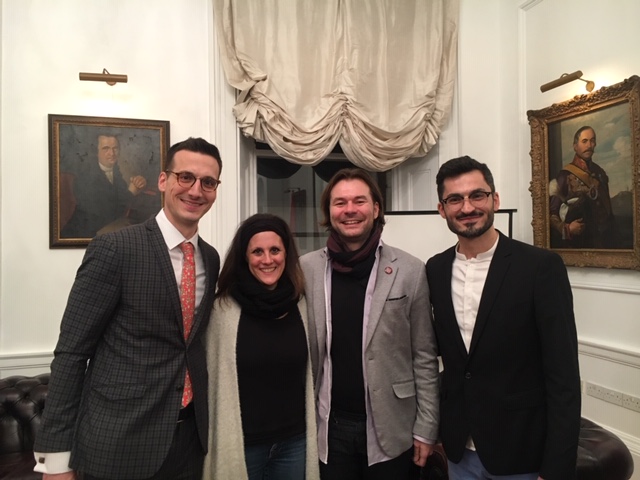 „A Coffee with…“ Impact Hub from Belgrade and Serbian Entrepreneurs from London at the Serbian Embassy in London, UK

On 28th February 2019, Serbian City Club had the pleasure to host the founders of Impact Hub from Belgrade. Impact Hub Belgrade is a member of the International Impact Hub movement, operating in 90 locations around the world. They focus and test the future of business with special focus on technological innovators and entrepreneurs. Our guests were also Serbian Entrepreneurs, a world-wide network of entrepreneurs that encourages the Serbian startup ecosystem. The event was hosted by our member and colleague Stefan Stojadinovic, a PR expert from London. 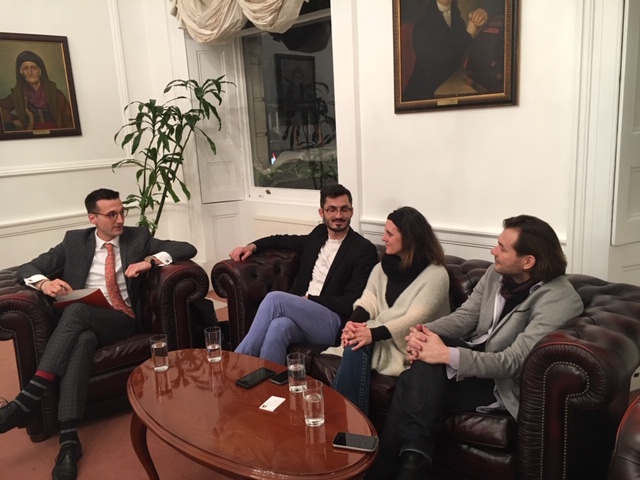 Leading up to the event in London, Gaia Montelatići, representing Impact Hub, stated the following: „Successful techno-entrepreneurship is the trigger for innovations, socio-economic development and the creation of new jobs here in Serbian but also around the world. Serbia is a geographical and economic hub of Southeast Europe today and as such can provide a lot more than a simple outsourcing economy, and in the last few years has put the emphasis on artificial intelligence, virtual reality and fintech solutions, digital media and ad-tech solutions as its contrubution in creating relationships in global transactions between business angels, VC investors and the start up community. This is why Impact Hub has started the first network of Impact Angels in Serbia with an invitation to all interested investors to join them as early as 23rd-24th May 2019 at the ReCap Market Conference, to take part in choosing their next investment within the promising start up solutions from Serbia and Southeast Europe.”

Before the event, Petar Savić, who represents Serbian Entrepreneurs stated:

“I believe the time is coming where there will be no barriers for Serbian talent and when there will be even more opportunities for international support and development of entrepreneurship. Serbia is a country with the highest per capita number of freelance workers, with more that 22% of the population exporting their digital services. Imagine if we had such a high number of entrepreneurs! My mission for quite a few years now has been to support the best entrepreneurs from the Balkans through networks like the Serbian Enterpreuners, the Supreme Factory, the Startup Grind, Tech London Advocates, European Blockchain Hub, etc. Apart from our diaspora, which gives formidable support to Serbian start ups through the Serbian Enterpreuners network, I would also like to mention the UK Ministry for International Trade, which successfully supports Serbian companies to internationalise themselves and they do this with unconditional support, which I believe is the key for the development of our economy and the building of the start up community.“ 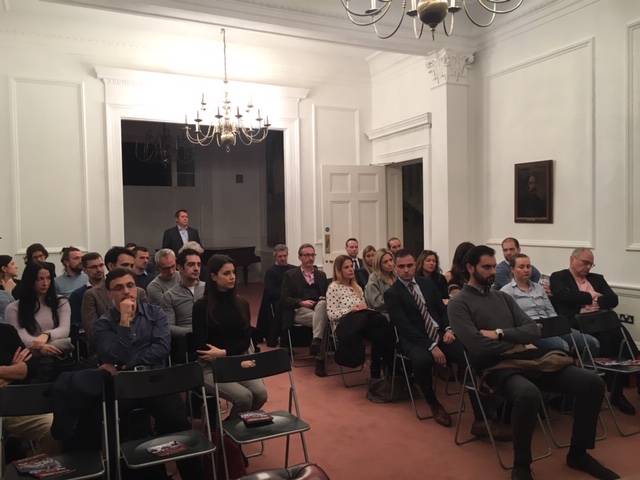 The audio recording of the conversation with Impact Hub an d Serbian Entrepreneurs can be heard here: https://soundcloud.com/user-274420697/a-coffee-with-bg-impact-hub-serbian-entrepreneurs-thur-28th-feb-2019

The event titled “A Coffee with…” Impact Hub and Serbian Entrepreneurs was held during the 11th annual Serbian Month in Great Britain, which was held from 26th January to 3rd March 2019 in the following cities: London, Reading, Coventry, Bedford, Leicester, Berkhamsted, Birmingham, Halifax, Warrington, and Turnbridge Wells. Serbian Month is organised by the Round Table of Great Britain, and is co-ordinated by the pianist Maja Jordan. It is our great honour to be one of the founders and also participants for the 11th year in a row of this incredibly important festival for our community in Great Britain, which enables us to showcase Serbia’s culture and soul to the local audience.

The event series titled “A Coffee with…” was started in 2013 with a goal to present to SCC members Serbia’s successful experts living and working in Great Britain and also in Serbia, as well as experts from Great Britain, in order to introduce them to current affairs from their area of expertise.