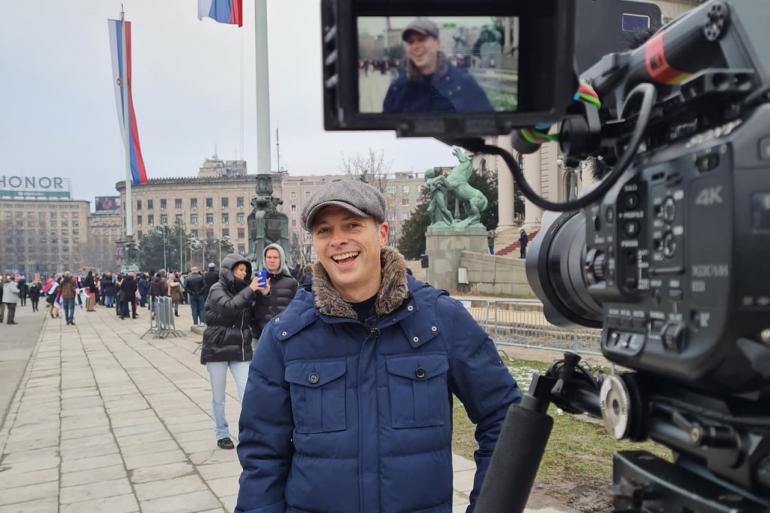 During the discussion we reflected on Guy’s 10 years covering countries of former Yugoslavia and Albania, including his first impressions of Belgrade and the positive reception he received, as well as the interesting parallels between Belgrade and Liverpool. We further discussed how the region has changed in the time he has been covering it for both the BBC and Monocle magazine, what opportunities and challenges he foresees, and how the brain drain affects the whole region.

Guy also told us about what is it like being a foreign correspondent, how challenging it is covering the whole region, and how being a Liverpool supporter influenced his approach to work.

The event was held as part of our “A Coffee with…” series of interviews and can be viewed in full HERE.