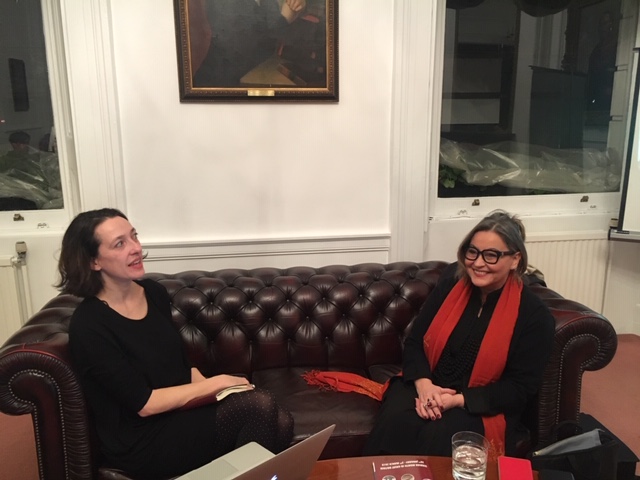 “A Coffee with…” Rialda Sebek at the Serbian Embassy in London, UK

Serbian City Club had the pleasure of hosting Rialda Sebek (https://rialdasebek.com/), a psychoanalytical psychotherapist at the Serbian Embassy in London on 26th February 2019. The event was part of our “A Coffee with…” series and was kindly hosted by Danica Ilic, a journalist and a member of the Institute for media diversity in London.

The evening conversation covered topics relating to the influence of (e)immigration on society as a whole, but also on the well being of an individual. Rialda reviewed some of the cross-generational and cultural issues that can influence the ease of assimilation of an individual and the acceptance of life changes, identity and the series of important decisions one makes to maximise the enjoyment of life.

In anticipation of the event in London, Rialda stated: “I was happy to accept Serbian City Club’s invitation to be their guest during the month of Serbian culture at the Serbian Embassy in London. I was especially glad to see that the SCC team shows clear understanding of current topics and is actively planning content-rich and creative events. The challenges of emigration and the constant ‘should I stay’ or ‘should I go’ doubts carry along series of important questions with which we struggle to face in isolation. Serbian City Club offers a creative and a comfortable space for exchanging thoughts, creating and nurturing of social ties and the opportunity to share experiences and promote creative potentials.

Geographical relocations carry with them inevitable changes in the internal world of an individual and influence one’s interactions of subjective reality of habit and external reality. Within the challenges that carry the integral processes in the increasingly mobile modern world, it is necessary to think about the aspects of emigration that influence mental health and the quality of life, which are some of the topics we will discuss. I look forward to our meeting and conversation.”

The audio recording of the conversation with Rialda can be heard here: https://soundcloud.com/user-274420697/a-coffee-with-rialda-sebek-tues-26th-feb-2019 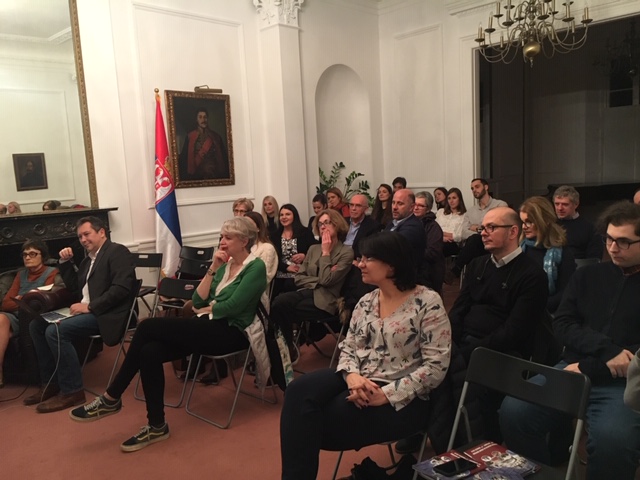 The event titled “A Coffee with…” Rialda Sebek was held during the 11th annual Serbian Month in Great Britain, which was held from 26th January to 3rd March 2019 in the following cities: London, Reading, Coventry, Bedford, Leicester, Berkhamsted, Birmingham, Halifax, Warrington, and Turnbridge Wells. Serbian Month is organised by the Round Table of Great Britain, and is co-ordinated by the pianist Maja Jordan. It is our great honour to be one of the founders and also participants for the 11th year in a row of this incredibly important festival for our community in Great Britain, which enables us to showcase Serbia’s culture and soul to the local audience.

The event series titled “A Coffee with…” was started in 2013 with a goal to present to SCC members Serbia’s successful experts living and working in Great Britain and also in Serbia, as well as experts from Great Britain, in order to introduce them to current affairs from their area of expertise.