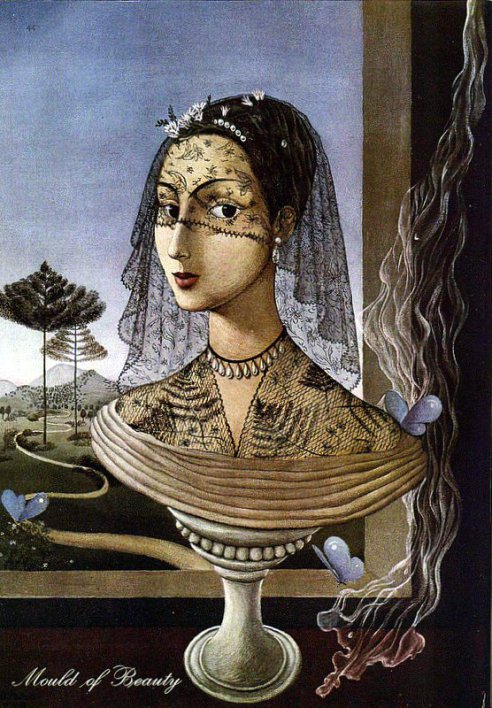 The Model as Chimera: Surrealism in Fashion
Embassy of the Republic of Serbia
28 Belgrave Square
London SW1X 8QB

Fashion is a chimerical creature. It takes many guises, and fashion models, as actors, must assume a different role many times over to fulfil the expectations put upon them – half woman, half fantasy creature. There has always been a close connection between fashion and art, possibly most famously in the time of Surrealism, when designers like Elsa Schiaparelli collaborated with artists of the period such as Meret Oppenheim and Salvador Dali, and Surrealist photographers such as Man Ray worked with top fashion models such as Lee Miller. Fashion illustrators such as Milena Pavlovic Barilli took inspiration from the movement, with the result that more literal chimera began to appear on the pages of fashion magazines. It was a time of great playfulness and imagination in fashion.
Please RSVP to radeljic@contemporarybalkanart.com

‘Schiaparelli and the Art of Fashion Telegraphing’
Daniel Milford-Cottam has been involved with dress and textile history from a young age. He worked for five years as an assistant curator in the Furniture, Textiles and Fashion Department at the Victoria and Albert Museum, London, during which time he worked on various shows and projects and contributed to several publications for the Museum, including 80s Fashion and The Wedding Dress: 300 Years of Bridal Fashion. He is also the author of several solo books on the history of fashion.

‘Exposures: An Alternative History of Modelling’

John-Michael O’Sullivan is a London-based writer and designer. A regular contributor to Esquire, NowFashion and The Observer, he also edits Article (a biannual menswear magazine, now in its 10th issue). His particular interest lies in mid-century fashion and photography. For the past five years, he has been working with Barbara Mullen, one of the top models of the post-war era, on a biography which explores fashion’s golden age from the other side of the lens.

Stefan Zaric is an art historian and an independent curator with a focus on fashion and design history, educated in the USA, Estonia, and Serbia. 50th jubilee winner of the Pavle Beljanski Memorial Collection Award for the best thesis in art history.