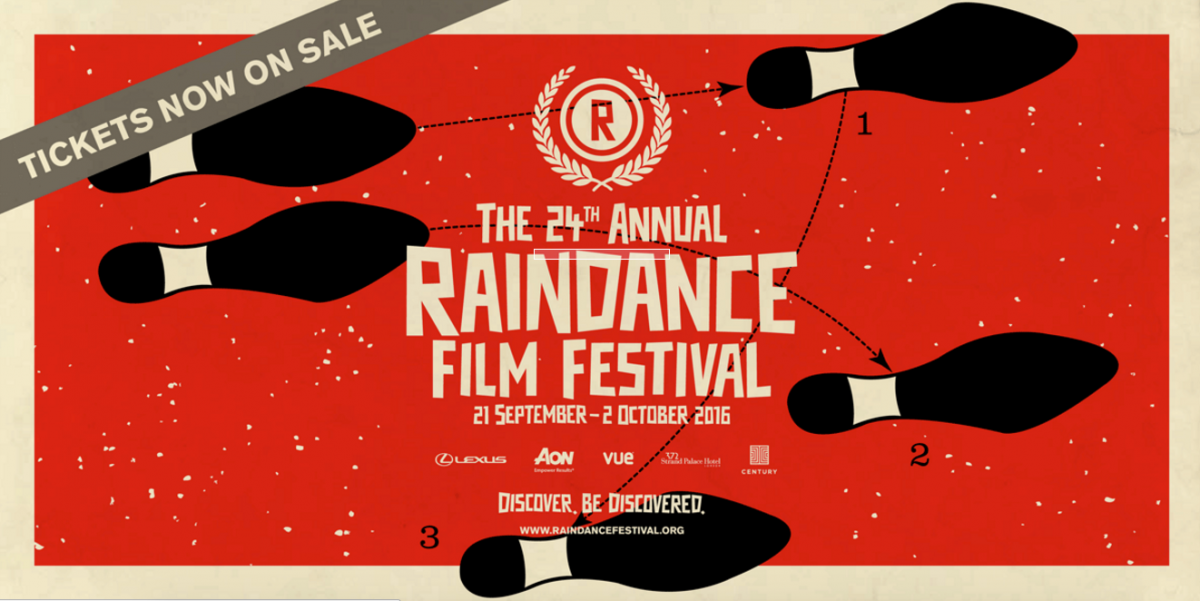 Here are some of the top picks from the festival team:

A Comedy of Tears Dir. Marko Sosic (Slovenia 2016, 77mins)
http://calendar.raindancefestival.org/films/a-comedy-of-tears
Long distanced from his family and surrounded with the solitude of fragmented memories, Albert, a wheelchair-bound elderly man who lives alone, has little contact with reality besides his housekeeper Ida, and from staring out of his window.
29/09/2016; 20:00 – 22:00

All the Best – Dir. Snjezana Tribuson (Croatia 2016, 102min)
http://calendar.raindancefestival.org/films/all-the-best
Pastry shop worker Verica, opera singer Brankica, and Martin are the protagonists in this tale of loneliness and the search for love. Their lives interlink with a series of eccentric characters as an accidental series of events entwines their destinies and makes seemingly unsolvable situations solvable.
23/09/2016; 20:00 – 22:00
28/09/2016; 16:00 – 18:00

Gnothi Seauton – To Know Thyself – Dir. Bruno Kovacevic (Croatia 2016, 93min)
http://calendar.raindancefestival.org/films/gnothi-seauton-to-know-thyself
A once in a lifetime story for Croatian sport, this film follows the family who won 10 Olympic skiing medals. Spanning decades, the astonishing success of the Kostelić family is not only a tale of skiing in a country where there is virtually no snow, but also about life, strength and passion.
23/09/2016; 15:15 – 17:15
29/09/2016; 17:45 – 19:45

Ministry of Love – Dir. Pavo Marinkovic ( Croatia, 2016, 104mins)
http://calendar.raindancefestival.org/films/ministry-of-love
When the government introduces a money-saving scheme targeting unmarried military widows on pensions, an out of work biologist is persuaded to take a job helping to enforce the new policy. He’s completely the wrong man for the job but he might just find love (and himself) on the way.
28/09/2016; 17:30 – 19:30

Shooting Stars – Dir. Ivan Goran Vitez ( Croatia/Serbia 2016, 110mins)
http://calendar.raindancefestival.org/films/shooting-stars
During the Second World War, the national liberation movement is falling apart. Young poet Ljiljan Vidić joins partisans and must write a song so that their band can win the national talent show, get the chance to perform at the party where they can kill Hitler, and bring the war to its end.
30/09/2016; 13:30 – 15:30
02/10/2016; 15:00 – 17:00

The Golden Five – Dir.Goran Trenchovski (Macedonia/Serbia 2016, 83mins) Official Selection
http://calendar.raindancefestival.org/films/the-golden-five
Maki, Kata and Jiji are loyal friends who believe in their youthful ideals. However, when Maki and Kata announce their engagement, Jiji becomes jealous. In the period of communist liquidations, there is an unsolved murder of five students, including Maki. 65 years later, Alavantie, a witness and researcher, returns to his homeland with the dossier.
29/09/2016; 17:30 – 19:30

Train Driver’s Diary – Dir. Milos Radovic (Serbia/Croatia 2016, 87mins) – IN COMPETITION
http://calendar.raindancefestival.org/films/train-driver-s-diary
During his professional career, every train driver inadvertently kills 20 to 30 people. Their victims are usually either suicides or careless, drunken, or simply absent-minded people. This is a tragic comedy about innocent murderers and their lives.
28/09/2016; 20:45 – 22:45
30/09/2016; 16:00-18:00

The Tip Of The Iceberg – Dir. David Canovas (Spain 2015, 95mins)
http://calendar.raindancefestival.org/films/the-tip-of-the-iceberg
A large, multinational company is badly shaken when three of its employees commit suicide. Sofía Cuevas, one of the company’s top executives, is chosen to prepare an in-house report to try and shed some light on the events. Her meetings with the work force uncover an unhealthy working atmosphere.
23/09/2016; 18;15 – 20:15

ALL UK PREMIERES, ALL at VUE Piccadilly DISCOVER. Be Discovered!

Check out our FANTASTIC TRAILER http://raindancefestival.org/about-the-trailer-2016/